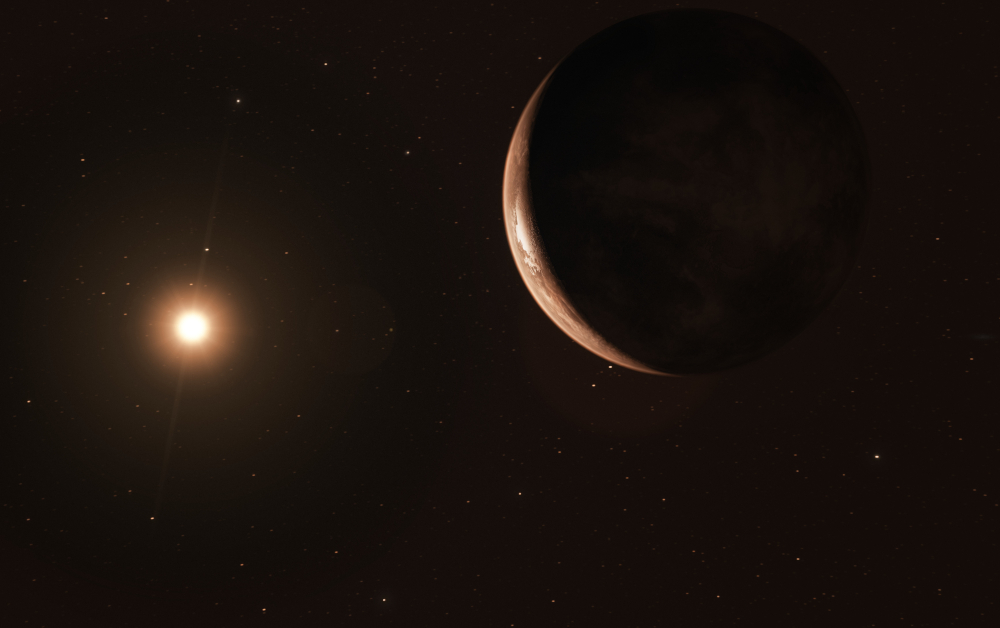 “Super-Earth orbiting Barnard’s star” it says at the source of this image (link below).

As a writer, I can feel the pain here. I have my fair share of these kind of things (and worse), and whoever wrote it will probably have been the first to see the ambiguity in it, too.

As it is, the image is about as intriguing as it gets. Barnard’s star is the fastest moving star in the night sky – and this is an illustration of a so-called Super-Earth (a planet kinda like Earth but bigger) together with its host star, which coincidentally, represents the nearest single-star system to our solar system.

When my grandfather was at my age, it was inconceivable to travel to the Moon. He did see them doing it on television. I wonder what our future will hold?