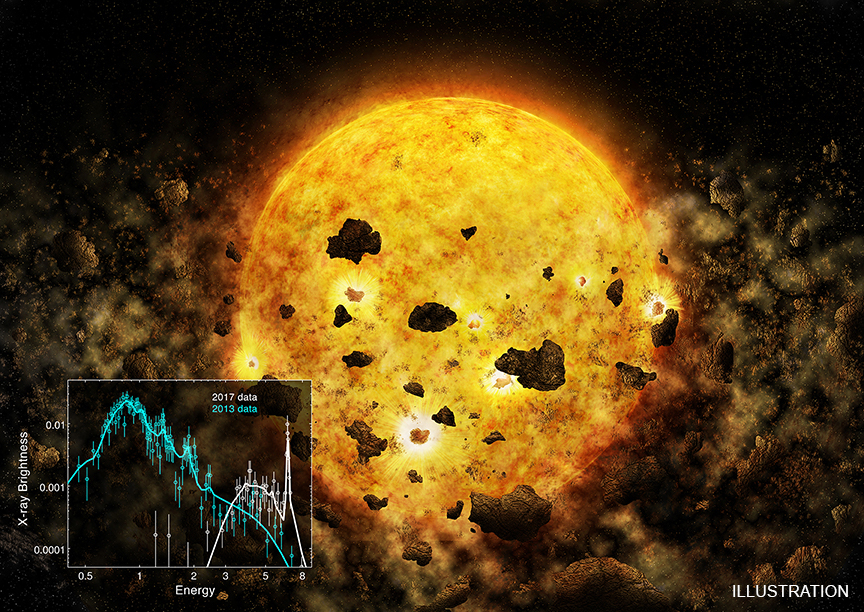 “A young star devouring a planet” as NASA put it at the source. How would you find evidence of that? With the help of the two lines down there to the left of the image. These are spectra of light collected by NASA’s Chandra X-ray observatory. The lines are not readily understood. What they mean is this: In 2013, the star did not have as much iron in it as it had in 2017.

If that does not seem 100 % obvious to you, then kudos to you for thinking critically. It’s not obvious why the equation would be so simple. The relationship between scientists and nature can be (and normally is) complicated. 😉

Now read this:  Zombie stars: A few words on how to read NASA (and others)