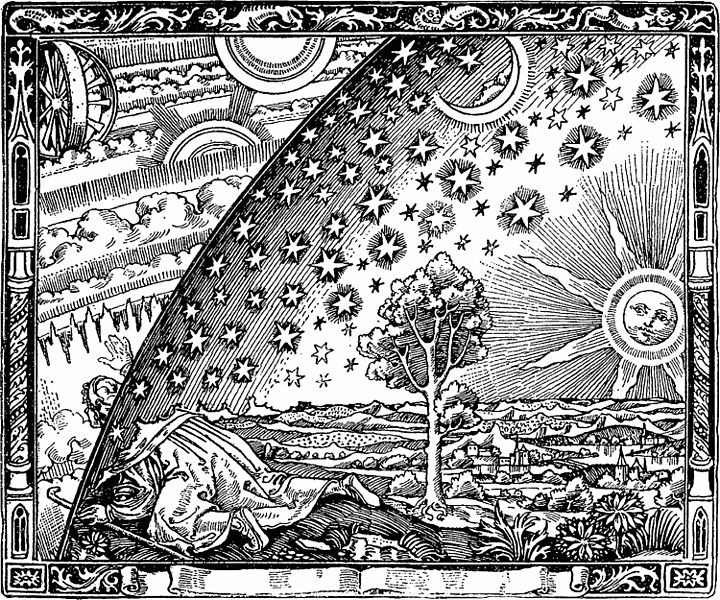 What is beautiful has to be true. But then, what if that is not true?

This is the third article in our series on Imagination and Mathematics. You can find the previous text, which focused on one of the first scientists in the modern sense, Ptolemy of Alexandria, here.

Speaking of Ptolemy, one of the hidden wonders of history is that rather consciously selected parts of his teachings survived for around 1400 years as doctrines. As we continue now, we will not stay to talk about the contributions of Arabic astronomers, who sometimes disproved, sometimes confirmed and further developed the knowledge of the Hellenic philosophers. We will also walk past those few scattered munks and Christian philosophers who tried to adjust the old knowledge to the dogma of the Church.

We cannot forget all these valuable contributions, of course, but for the purposes of this particular story it is most effective to discuss at once one Nicolaus Copernicus. Copernicus was not the first to conclude that the Earth could not be the center of the universe. Amongst others, Pythagoras (he of the triangles) most likely came to this conclusion, too, albeit in a somewhat, well, interesting manner.

Copernicus could not see how Ptolemy’s argument against a rotation of Earth was true. There were additional questions: If there was a heavenly sphere, what was it made of? What would the outside of that sphere have looked like? Image 1 visualizes that very question. Perhaps the outside of the sphere was the abode of God? What pious Copernicus thought when his mind took him to pondering the heavens is not known. It is undisputed, however, that, to him, there had to be a different solution. The Earth could hardly be the center of everything.

The problem then became how the Earth could be stationary if it was not the center everything fell towards. Or was it stationary at all? To Copernicus it came rather natural to assume that the Earth could move. And, if the Earth did that, the question of how everything moved in relation to each other had to be answered anew. But how?

Start with the idea of relativity. Something that does not move looks as if it moves backwards to somebody who does move. Copernicus read and pondered and examined observational results, and arrived in the end at his version of what we now call the heliocentric model. Look closely at image 2, which depicts it. This is a collection of perfect circles. Of course. Copernicus was, after all, a pious man.

Next up was Tycho de Brahe, a 17-year-old from Denmark, who noticed that the positions of the stars did not quite agree with the day’s theories about where they should be. He started long-term observations of planetary movement. The result of this work was data accumulated over 20 years, 20 years with precise measurements of the positions of the moon, the planets and the stars on the heavenly sphere. And all that without a telescope, too!

But wait! We know today that the planets move in orbits which are almost circles. So, was it really possible for Tycho to observe that accurately without the help of telescopes, to recognize these tiny elongations in the planets’ orbits? Well, yes. At least in the case of Mars, which has a slightly more elongated orbit than the other planets. And, thankfully, Mars had become one of the focal points of observation for Tycho.

A snap of the fingers later, and gone were the circles!

After Kepler, or maybe with Kepler, mathematics was introduced into the equation[1]. Research was still all about the movements of the planets, but the calculations became more and more complex with time. In fact, they became so complex, that the next scientist in our series had to invent his own way of computing things. Of course, we talk about Calculus and the man with (or without?) the needle in his eye socket[2], Sir Isaac Newton.

Newton thought that if an object is picked up from the ground and then let go, it will increase its speed on the way down. If one lets it go from a greater height, it will be faster when it hits the ground. And that is not a surprise at all. My daughter has, in fact, come as far as that, too. But Newton noticed two things here: Firstly, it was rather natural to assume that whatever drew the object to the ground became weaker at greater height. Secondly, it seemed as if there was no obvious boundary height at which that force would stop to exist. It would have to become weaker with distance but never completely disappear.

This meant, amongst other things, that the moon had to feel it, too, yet the moon does not fall down. With the help of the mathematical tools he himself was so instrumental in developing Newton found out that it would fall down if it ever stopped moving laterally. The object which is at rest before it is let go will fall down, while the moon is not at rest and does not. In other words, the vertical force at work on the object or the moon not only could be, but had to be the same. We call this force gravity.

After this, the rest became rather apparent. If the moon was held in place in orbit around Earth by gravity, then gravity had to be responsible for the orbits of the planets around the Sun, too. Newton could derive Kepler’s laws mathematically and ended up doing nothing less than presenting to the world the first scientific and all-inclusive theory for life, the universe and everything. This was a universe which could be described by mathematical formulas, a universe which could be described by physics. This is Newton’s mechanics.

Do you know the feeling, that is the feeling of working on something so hard as to exhaust yourself, and finally having it all come together in some few symbols and letters (like ∑F=m(dv/dt)) expressing physical quantities. There is satisfaction in that; it is a sort of mathematical catharsis. It is like the first cup of coffee in the new house, which one has built with one’s own two hands. It is, in one word, beautiful.

How Newton would have reacted to being confronted with thoughts like this is anybody’s guess. All indications point towards these kind of considerations being somewhat foreign to him. The truth is that very few scientists during Newton’s time even had the chance to experience something similar to mathematical catharsis.

Just take Galileo Galilei. We have not forgotten him. Galileo had to defend his life and his science in a much more direct manner than many of the others for saying that the heavens were not perfect. He used his telescope to show that the Sun had spots, that there were craters on the moon and many other things like this. He simply showed that the objects in the sky were not “perfect” or “beautiful” as the church claimed they should be.

Take look here, search and play around on this web page for a while. Tell me that the Sun is not beautiful! You cannot say that without lying, right?

Perhaps, only perhaps, what is beautiful does not have to be true, but what is true is beautiful.

(Thanks to Sebastian Holmgård. To be continued.)

Now read this:  Imagination and Mathematics: A Tale of Knowledge – 4/4

[2] Here you go, this is today’s exercise in research. By the way, Newton was not the only one during this time who developed Calculus. Gottfried Leibniz did the same in Germany. Today, we use Leibniz’s notation, while Newton used the newly found mathematics to a much greater degree than the German mathematician.